Image adapted from photos by Alejandro and yorkville

With its famous shopping district with elegant restaurants, shopping, theatres, hotels and office towers, Yorkville combines all aspects of urban and residential living.

Welcome to one of Toronto’s most alluring and cosmopolitan neighbourhoods. This neighbourhood is at the heart of it all.

Yorkville is an affluent neighbourhood in Toronto, Ontario, Canada. It is roughly bounded by Bloor Street to the south, Davenport Road to the north, Yonge Street to the east and Avenue Road to the west, and is considered part of 'The Annex' neighbourhood officially. Established as a separate village in 1830, it was annexed into Toronto in 1883. Yorkville is diverse, comprising residential areas, office space, and an array of shopping options.

Founded in 1830 by entrepreneur Joseph Bloore (after whom Bloor Street, one of Toronto's main thoroughfares, is named) and William Botsford Jarvis of Rosedale, Toronto, the Village of Yorkville began as a residential suburb. Bloore operated a brewery north-east of today's Bloor and Church Street intersection. Jarvis was Sheriff of the Home District. The two purchased land in the Yorkville district, subdividing it into smaller lots on new side streets to those interested in living in the cleaner air outside of York.

The political centre of Yorkville was the Red Lion Hotel, an inn that was regularly used as the polling place for elections. It is here that William Lyon Mackenzie was voted back into the Legislature for 1832 and a huge procession took him down Yonge Street.

The village grew enough to be connected by an omnibus service in 1849 to Toronto. By 1853, the population of the village had reached 1,000, the figure needed to incorporate as a village and the Village of Yorkville was incorporated. Development increased and by the 1870s, Potter's Field, a cemetery stretching east of Yonge Street along the north side of Concession Road (today's Bloor Street) was closed, and the remains moved to the Necropolis and Mount Pleasant cemetery.

By the 1880s, the cost of delivering services to the large population of Yorkville was beyond the Village's ability. It petitioned the Toronto government to be annexed. Annexation came on February 1, 1883, and Yorkville's name changed officially from "Village of Yorkville" to "St. Paul's Ward"[6] and the former "Yorkville Town Hall" became "St. Paul's Hall". The character of the suburb did not change and its Victorian-style homes, quiet residential streets, and picturesque gardens survived into the 20th century. In 1923, Toronto Hebrew Maternity and Convalescent Hospital was opened at 100 Yorkville Avenue and a year later the name was changed to Mount Sinai Hospital. The facade of this building still stands today and housed retailer Teatro Verde.

In the 1960s, Yorkville flourished as Toronto's bohemian cultural centre. It was the breeding ground for some of Canada's most noted musical talents, including Joni Mitchell, Neil Young and Gordon Lightfoot, as well as then-underground literary figures such as Margaret Atwood, Gwendolyn MacEwen and Dennis Lee. Yorkville was also known as the Canadian capital of the hippie movement. In 1968, nearby Rochdale College at the University of Toronto was opened on Bloor Street as an experiment in counterculture education. Those influenced by their time in 1960s-70s Yorkville include cyberpunk writer William Gibson. Its domination by hippies and young people led MPP Syl Apps to refer to it as "a festering sore in the middle of the city" and call for its "eradication."

Would you like to Buy A Yorkville Property For Sale? Yorkville Real Estate Properties include row-houses, semi-detached homes, and condos.

Do you have a Yorkville Property For Sale? Trust in Toronto’s FreemanTeam® to help you sell your home for Top Dollar and find you The Right Buyer. 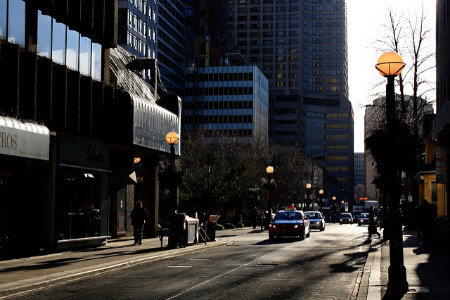 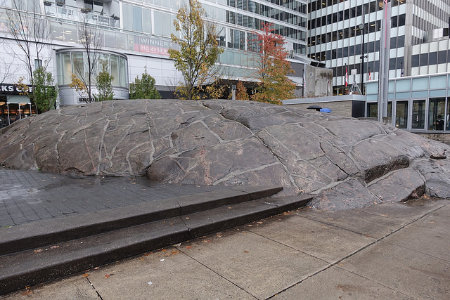 The main streets of Avenue Road and Bay Street north of Bloor are similarly developed. North of Bloor, on Yorkville and Cumberland streets, between the main arteries, the character changes to smaller buildings containing art galleries, first-floor retail and restaurants. Further north still are single-family detached and semi-detached homes dating to the 19th century.

Luxury hotels in Yorkville include the InterContinental Toronto Yorkville, Four Seasons, the Park Hyatt, the Hazelton Hotel, the Windsor Arms Hotel, the Residence on Bay and the Toronto Marriott Bloor Yorkville Hotel.

Get the life you’ve always wanted in Yorkville! Whether you’re looking for a place to call home or a home for your growing family, let the FreemanTeam® help you find the perfect place to live. Contact Freeman Real Estate, today and start living!