Image adapted from photos by Jay Woodworth and BriYYZ

Cabbagetown is home to many artists, musicians, journalists, writers, lawyers, management consultants, and many other professionals.

Cabbagetown is a neighbourhood in central Toronto. It largely features semi-detached Victorian houses and is recognized as "the largest continuous area of preserved Victorian housing in all of North America".

Cabbagetown's history began in the 1840's when thousands of Irish immigrants settled there after fleeing the potato famine in their homeland. To help put food on the table these first Cabbagetown residents grew cabbages on their front lawns, which is how this district came to be known as Cabbagetown.

The area grew up in the 1840s around the Winchester Street Bridge, which before the construction of the Prince Edward Viaduct was the main northern bridge over the Don River. This was near the site where Castle Frank Brook flowed in the Don River. By the bridge the Don Vale Tavern and Fox's Inn were established to cater to travelers. In 1850 the Toronto Necropolis was established in the area as the city's main cemetery.

In the late 19th century the area was absorbed into the city of Toronto. It became home to the working class Irish inhabitants who were employed in the industries along the lake shore to the south in Corktown. Brick Victorian style houses were built throughout the area.

After the war the area became increasingly impoverished. A large number of poorer residents moved in, many resorting to share one house among multiple families. The nineteenth century brick houses began deteriorating, and as landlords saw less value in the neighbourhood, they were not maintained. It became known as one of Toronto's largest slums and much of the original Cabbagetown was razed in the late 1940s to make room for the Regent Park housing project.

The construction of new housing projects was halted in the 1970s. A bylaw was approved in the 1970s to ban any building higher than four storeys, in reaction to the high density high rises being built in neighbouring St. James Town.

Vestiges of a 1960s, counter-culture ambiance remain at vintage clothing stores, health food stores and a gestalt therapy clinic. A Victorian farm, once the site of a zoo, is located adjacent to Riverdale Park West, where a weekly farmer's market is held. A short distance away is the Cabbagetown Youth Centre, home of the Cabbagetown Boxing Club, a reminder of an earlier, and rougher, past. 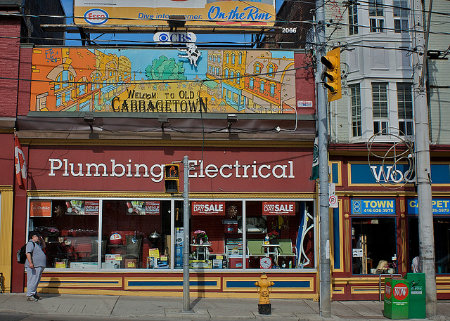 Would you like to Buy A Cabbagetown Property For Sale? Cabbagetown Real Estate Properties include row-houses, semi-detached homes, and condos.

Do you have a Cabbagetown Property For Sale? Trust in Toronto’s FreemanTeam® to help you sell your home for Top Dollar and find you The Right Buyer. 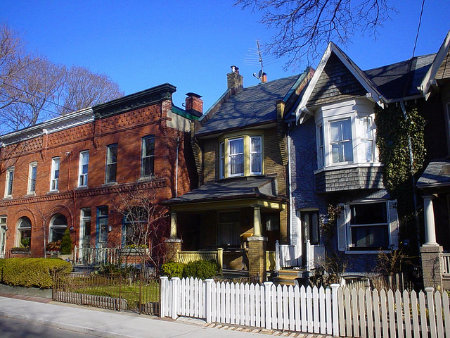 The (Annual) Cabbagetown Festival is held on the second weekend in September each year. Various individual events during the week lead up to the two-day Festival on the weekend. The highlight of the Festival is a parade on Saturday morning, which usually starts at 10:00 a.m.

The first Sunday in May sees the annual Forsythia festival organized by the Cabbagetown Residents Association. The festival includes a parade from Riverdale Park West to Wellesley Park, where games and family entertainment are held. 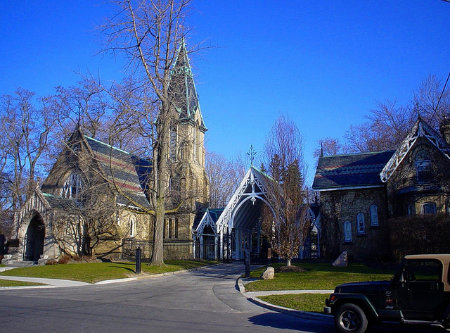 The neighbourhood is home to many artists, musicians, journalists and writers. Other residents include professors, doctors and social workers, many affiliated with the nearby University of Toronto. Proximity to the financial district and downtown core have also made the area popular with other professionals such as lawyers, management consultants and those in financial services.

Get the life you’ve always wanted in Cabbagetown! Whether you’re looking for a place to call home or a home for your growing family, let the FreemanTeam® help you find the perfect place to live. Contact Freeman Real Estate, today and start living!