Liberty Village is attracting young professionals in media, high-tech and design businesses who live and work in the urban core.

The neighbourhood bordered to the north by King Street West, to the west by Dufferin Street, to the south by the Gardiner Expressway, to the east by Strachan Avenue, and to the northeast by the CP railway tracks. This neighbourhood is attracting young professionals in media, high-tech and design businesses who live and work in the urban core. There is a gritty, urban feel and a unique vibrancy to Liberty Village, which emanates from the red brick Victorian industrial architecture that dominates the streetscape. The tall chimney smoke stacks that project from some of these old buildings serve as neighbourhood landmarks. 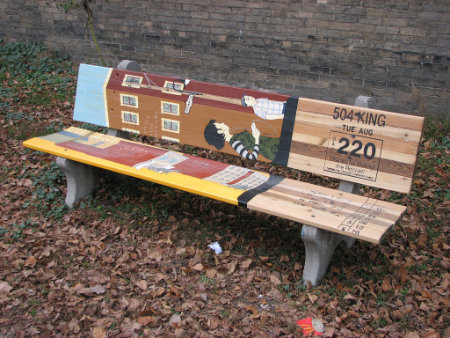 Liberty Village has experienced phenomenal growth from 2004 to the present in terms of new condos/lofts, office space, a new park, and a multitude of new shops and restaurants. The ongoing gentrification of downtown Toronto has been pushing farther outwards from downtown, encouraging rapid development. 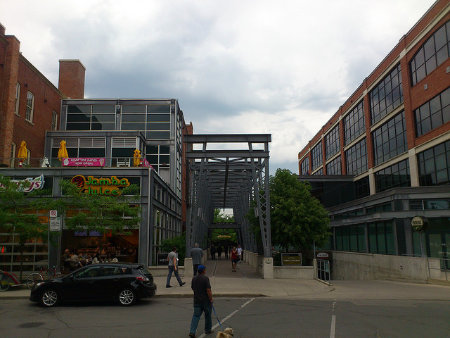 Do you have a Liberty Village Property For Sale? Trust in Toronto’s FreemanTeam® to help you sell your home for Top Dollar and find you The Right Buyer. 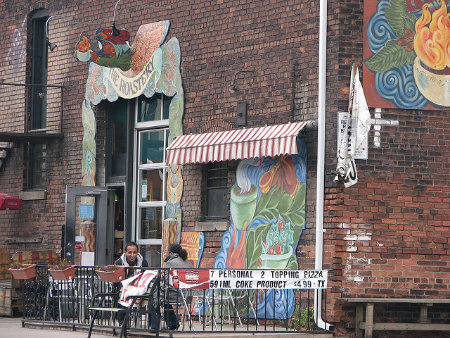 Fort York, on the south edge of community, was established by the British military in 1793. In the 1850s, both the Toronto, Grey and Bruce Railway and the Great Western Railway laid tracks across the community, cutting it off from rest of the city and altering plans to develop the area for residential purposes. Instead, Liberty Village became home to several institutions, including the Toronto Central Prison, opened in 1873, and the Andrew Mercer Reformatory for Women (on the site of today’s Lamport Stadium), opened in 1878 for women convicted of "vagrancy", "incorrigibility", or "sexual precociousness." Provincial Secretary William John Hanna forced the closure of Central Prison in 1915, and all its buildings were demolished except for the paint shop and chapel. "Liberty Street", for which Liberty Village is named, was the first street both male and female convicts would walk once freed. The area's proximity to the railway tracks led to its growth as an industrial area. In 1884, John Inglis and Company opened a factory to manufacture heavy machinery, boilers, and later, electrical appliances. Inglis' success led to its expansion onto Central Prison lands. In 1891, Massey-Harris (later Massey Ferguson) built a factory to produce agricultural implements. Other companies which established in the late 19th century included Toronto Carpet Manufacturing, St. David’s Wine, and Ontario Wind Engine and Pump. Industry continued to flourish during the early 20th century due to the area's excellent railway access and many spur lines, as well as a plentiful labour supply from nearby Parkdale. New companies included Brunswick-Balke-Collender (manufacturer of billiard tables and bowling alleys), Irwin Toy, Canada Metal, Simmons Bedding, Hinde and Dauch Paper, and Sunbeam Incandescent Lamp (later Canadian General Electric). Many of the factories produced armaments, bombs, and weapons during both world wars, and much of the soil pollution in the area dates from those periods. During the late 1970s and early 1980s, manufacturing operations within Liberty Village began to decline due to a shift from rail to road shipping, the need for larger manufacturing facilities, and lower manufacturing costs in suburban or offshore locations. In 1990, the Toronto Carpet Manufacturing plant on Liberty Street shut down, and the Inglis plant (owned by Whirlpool since 1985) ceased operations in 1991. The Inglis factory and Massey-Harris factory (with the exception of 947 King St. West) were demolished. Decreased industrial activity and lower property values caused many Liberty Village buildings to fall into neglect.

Get the life you’ve always wanted in Liberty Village! Whether you’re looking for a place to call home or a home for your growing family, let the FreemanTeam® help you find the perfect place to live. Contact Freeman Real Estate, today and start living!